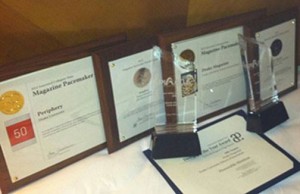 The work of Drake SJMC students continues to impress on the national level.

Drake Magazine won a Pacemaker Award from the Associated Collegiate Press, making it one of the top magazines in college publishing. The other Pacemaker winners were from the University of Oregon, Indiana University and UCLA.