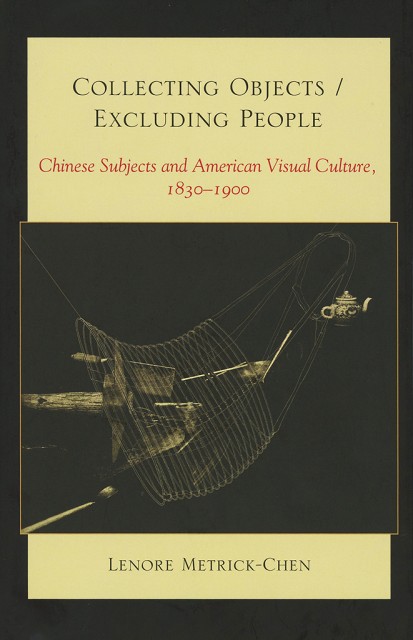 In the book, Metrick-Chen illustrates an under-studied impact of Chinese immigration upon 19th century American art and visual culture. The book explores the American ideas of “Chineseness” and how those have translated into different types of visual images over time.

“Chinese art was collected and highly prized by newly created art museums in the 19th century, yet all Chinese people had been excluded from immigrating to this country,” says Metrick-Chen. “I wondered: how could our country believe in the morality of Chinese art while at the same time demonize Chinese people?”

Metrick-Chen argues that the American portrayal of the Chinese has ranged from negative to admiring, which ultimately had an effect on museum art collections and advertising images. The book reveals the power of images on culture, the influence of media representation on the lives of Chinese immigrants, and the impact of political ideology on the definition of art itself.

Collecting Objects/Excluding People: Chinese Subjects and the American Visual Culture is published by SUNY Press and is available here
and on Amazon.com.

For more information, please contact Lenore Metrick-Chen at 515-271-3801 or at lmetrickchen@drake.edu.