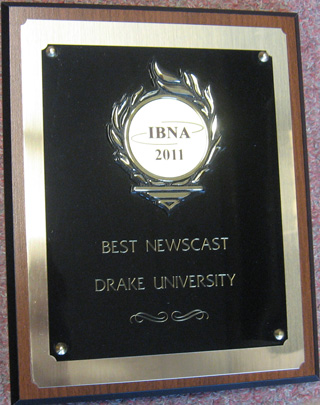 Meeting in Coralville April 28, samples of the winning entries played to a convention audience of about 150 journalists and their guests. The winning newscast was produced by Jessica Nguyen (BNews’11) and anchored by Jess Hoffert (BNews’11).

Also winning first-place for her radio In Depth/Series submission was junior broadcast news major Lauren Ehrler. Her segment was produced for the J73 Radio News class in fall semester.