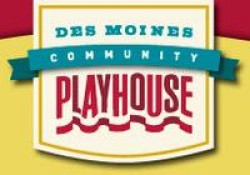 Drake University faculty, staff and students are appearing on stage, working behind the scenes and providing the soundtrack to a local production of “The Wedding Singer,” a musical based on the 1998 film.

The show, staged by the Des Moines Community Playhouse, will run June 3 through June 26. Performances will be held Wednesday, Thursday, Friday and Saturday nights at 7:30 p.m., and Sunday matinees will begin at 2 p.m. The theatre is located at 831 42nd St.

Tickets cost between $20 and $35, with discounts available for seniors, students and groups of 15 or more. They may be purchased online, by phone at 515-277-6261 and at the Playhouse ticket office.

Set in 1985, “The Wedding Singer” follows a rock-star wannabe who lives in his grandmother’s basement in New Jersey and sings in a wedding band. His dreams of being a star are long gone, replaced now by a burning desire to find the right girl and settle down.

The Des Moines Community Playhouse’s production of the musical is directed and choreographed by Karla Kash, assistant professor of theatre arts at Drake.

Other individuals representing the University behind the scenes and in the pit orchestra include:

Several Drake students are acting, dancing and singing in the show’s cast, including:

The Des Moines Community Playhouse is Iowa’s oldest and largest producing theatre. The theatre has presented a full season of shows since 1919 and also offers a wide variety of educational experiences including classes, theatre trips to New York and volunteer opportunities onstage and backstage.

Graduate’s work among best law review articles of the year