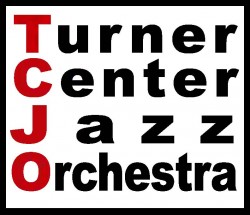 On Friday, March 4, the newly formed Turner Center Jazz Orchestra will perform its premiere concert. The ensemble consists of Drake alumni and faculty members, as well as professional jazz musicians from across Iowa.

Open to the public, the concert will begin at 7:30 p.m. in the Patty and Fred Turner Jazz Center, located in the Harmon Fine Arts Center, 25th Street and Carpenter Ave.

Classen, who serves as director of the Turner Center Jazz Orchestra, said that the ensemble will rehearse and perform regularly.

The state-of-the-art Patty and Fred Turner Jazz Center, where the ensemble will perform, was constructed thanks to a $1.5 million dollar gift by Drake alumnus and retired senior chairman of McDonald’s Corp. Fred Turner. Read more about the facility online.

What: The Turner Center Jazz Orchestra

Title: “Many Mondays in New York: The Music of the Village Vanguard and Maria Schneider Jazz Orchestras”

Where: The Patty and Fred Turner Jazz Center at Drake