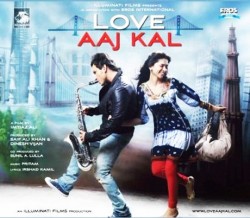 Filmed in India, London and San Francisco, “Love Aaj Kal” follows a couple in love separated by geography and social obstacles. The film and its soundtrack were major hits following their release, grossing more than $20 million.

The series is co-sponsored by Drake’s Center for Global Citizenship (CGC) and the Drake International Student Association. A full list of events can be found online.

For more information, contact Darcie Vandegrift, director of the CGC, at 515-271-2840 or darcie.vandegrift@drake.edu.