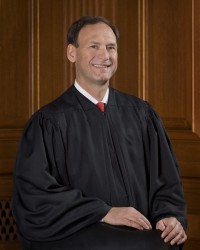 The lecture, which is free and open to the public, will start at 3 p.m. in the Drake Knapp Center.

Justice Alito began his legal career as a law clerk for the Hon. Leonard I. Garth of the U.S. Court of Appeals for the Third Circuit. From 1977 to 1981, he was an assistant U.S. attorney in Newark, N.J. Alito also served as assistant to the U.S. solicitor general from 1981 to 1985, where he briefed and argued numerous cases in the U.S. Supreme Court.

From 1985 to 1987, he was deputy assistant attorney general in the Justice Department’s Office of Legal Counsel, which is responsible for providing legal advice to the Justice Department and other components of the Executive Branch. In 1987, he was appointed by President Ronald Reagan as the U.S. attorney for the District of New Jersey. He held this office until his appointment to the Third Circuit.

While on the Third Circuit, Justice Alito served a four-year term as the chair of the Judicial Conference’s Advisory Committee on the Federal Rules of Appellate Procedure.

The Opperman Lecture serves as a national venue for the discussion and analysis of constitutional law. It is always well attended by students, legal dignitaries, the university community and members of the media. Justices visit the Des Moines campus to deliver lectures on U.S. jurisprudence and to interact with students and faculty.