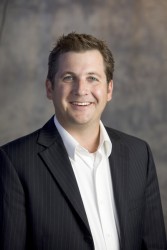 A regional affiliate of the Modern Language Association, the M/MLA provides a forum for disseminating scholarship and improving teaching in the fields of literary and cultural criticism.

After serving a term as vice president, Owens will be promoted to the organization’s executive office in fall 2010.

Owens joined the M/MLA in 1999. Since then, he has served a two-year term on the executive committee, chaired the Association’s Drama Caucus twice, organized a professionalizing workshop for graduate student members, presented 15 papers and directed and acted in five performances as part of the M/MLA President’s Forum.

“I feel very much at home in the Midwest Modern Language Association,” said Owens, who also serves as director of the Drake Center for the Humanities. “It’s large enough that its conference and journal offer a wide variety of scholarly and development opportunities. But, as a regional affiliate of the Modern Language Association, it’s small enough that communities of scholars and teachers, who see each other every year at the conference, have taken root.

“I count among my closest colleagues people I only see once a year at the M/MLA. We take the work we do as conference organizers, scholars, teachers and presenters very seriously. At the same time, I look forward to nurturing the more playful side of scholarship and teaching in my upcoming year as president of the organization.”

As president, he will oversee the M/MLA Executive Committee, which is responsible for the administration of the association, determination of policies and approval of the annual budget. In addition, the committee serves as the editorial board for the Journal of the M/MLA.

A member of the Drake faculty since 2003, Owens received his bachelor’s degrees in Latin and English from DePauw University and his doctorate in English literature from Indiana University.

A specialist in theater performance and 20th-century British drama, he has taught courses on drama, fiction, literary interpretation and British and Irish literature. Recently, his essay “On the White Russian” appeared in the 2009 book “The Year’s Work in Lebowski Studies.”