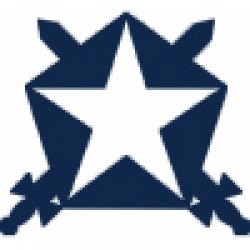 Pi Kappa Phi Fraternity will return to Drake University in fall 2009 to reestablish the Beta Delta chapter, originally chartered in 1949.

An expansion team from the fraternity’s national headquarters will spend four weeks on campus next fall. The team will host a series of informational presentations and recruit men to be re-founding fathers of the chapter.

The return of Pi Kappa Phi will be the fraternity’s first presence on campus since it disbanded the Beta Delta chapter in 1994. It will rejoin as the ninth fraternity at Drake.

“Pi Kappa Phi coming in next fall is a great opportunity for the Interfraternity community,” said Michael Tarin, president of Drake’s Interfraternity Council. “Bringing another chapter to fraternity life will spark growth within the Greek community. It will help add new views, ideas and diversity to the council.

“This will require a great deal of time and commitment from Pi Kappa Phi, but an equal expectation is placed upon everybody on campus in order for their re-colonization to be successful,” he added.

Pi Kappa Phi was founded Dec. 10, 1904, at the College of Charleston, Charleston, S.C., promoting leadership in the classroom, on the athletic field, in campus politics and within the community. Today, the fraternity continues to emphasize leadership on more than 140 campuses across America.

Drake series to bring award-winning poet and author to campus