Law prof looks forward to the world premiere of her opera

She’s a nationally recognized expert on subprime and predatory lending who warned Congress about the current credit crisis back in 2000 when she testified before the House Banking Committee.

Since then, she’s been advocating tighter regulation of lenders through her publications and involvement with Americans for Fairness in Lending and the National Association of Consumer Advocates. She’s lectured across the country and been interviewed on National Public Radio and quoted in The New York Times and Consumer Reports magazine.

While striving to orchestrate reform in the mortgage industry, Mansfield — a classically trained musician — also has been researching, writing and composing an opera about the Holocaust.

“I hope to honor the memory of the victims and heroes of the Holocaust,” Mansfield said, “and give meaning to the phrase ‘Never Again’ by inspiring people to pay attention to what is going on today in places like Darfur.”

The world premiere of Mansfield’s opera, “The Sparks Fly Upward,” will take place at Hoyt Sherman Place in Des Moines on Nov. 8 — the 70th anniversary of Kristallnacht. On that Night of the Broken Glass, Nazi thugs moved through the cities of Germany, smashing the windows of Jewish homes and shops, burning synagogues and attacking Jews.

“The Sparks Fly Upward” tells a story of fear, faith and hope. The opera focuses on three German families in Berlin — two Jewish and one Christian.

The Jewish families, with the assistance of the Christian family struggle to outlast Hitler. Throughout the story, the three families turn to the Book of Job for reassurance and enlightenment. The
suffering of Job, and the contest between good and evil represented in his story, are reflected in the lives of the German Jewish community and their non-Jewish neighbors, who face the immediate question of man’s obligation to man in times of moral and political crisis.

A Cleveland native, Mansfield studied at the Cincinnati Conservatory of Music before transferring to New York University, where she became interested in law and social justice. She went on to earn her law degree at the University of Virginia and practiced law in Phoenix before joining Drake Law School in 1996.

The research skills Mansfield honed as an attorney proved useful as she created an opera woven from the stories of those who experienced the Holocaust. Her research took her to the U.S. Holocaust Memorial Museum in Washington, D.C., the Leo Baeck Institute in New York, the
Jewish Museum and the Centrum Judaicum in Berlin. She also scoured countless unpublished biographies of Holocaust survivors, contemporaneous news accounts and books.

“I decided that it was very important that the piece be historically accurate,” Mansfield said, “so it could memorialize what happened, educate the public and oppose the revisionist historians who claim the Holocaust never happened.”

The world premiere will feature: 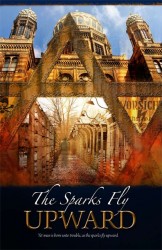 Directing the production is Timothy X. Troy, chair of the Department of Theater Arts at Lawrence University in Appleton, Wis., Troy holds a Master of Fine Arts in Theatre Arts/Directing from the University of Iowa and has directed numerous plays and operas, including “La Boheme,” “La Traviata” and “The Magic Flute.”Tickets, which range from $17 for students to $47 for adults and $67 for box seats, are available at the Hoyt Sherman Place Box Office (515-244-0199) and through TicketMaster.

“The Sparks Fly Upward” has received grant funding from the Greater Des Moines Community Foundation, Humanities Iowa, Iowa Arts Council and the Jewish Federation of Greater Des Moines. Numerous private donations have been made as well.

Mansfield is on sabbatical this year. She’s devoting most of the fall semester to managing the myriad details involved in bringing “The Sparks Fly Upward” to the stage.

During the spring semester, she’ll return her attention to subprime lending. She plans to conduct research in a Cleveland neighborhood plagued by real estate foreclosures to determine what might have happened there under a different set of lending regulations.

Former legal adviser to Afghanistan commission to speak at Drake