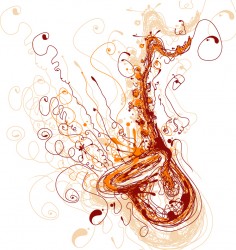 Both of Drake University’s jazz ensembles will perform free concerts in April on the Jordan Stage in Sheslow Auditorium, Old Main, 2507 University Ave.

The program for Jazz Ensemble II, directed by James Romain, includes tunes ranging in style from medium swing, ballads and Latin, to up-tempo swing. “Each tune has its own character, with effective improvised solos that create a powerful groove,” Romain said.

The concert also features classic arrangements as played by the great bands of Count Basie and Duke Ellington, among others. The program will conclude with an extremely difficult arrangement by Bob Curnow.

Jazz Ensemble I, directed by Andrew Classen, will celebrate the debut of “Across the Pond” and perform with guest artist Bill Liston, saxophone.

Liston, a freelance musician in the Los Angeles area, has recorded with Ray Charles, James Taylor and Michael Buble, among others. Liston also has performing credits for several motion pictures, including “Catch Me If You Can,” “Chicago” and “The Devil Wears Prada.” He also has arranging and conducting credits for various films, including “Pirates Of The Caribbean” and “Spiderman 3.”

Liston arranged several pieces for the program, including “Claxography,” “You Hid What in the Sousaphone?” and “I Can’t Get Started.”

The ensemble also will perform:

Additional information about Drake’s jazz ensembles is available on the Web site.